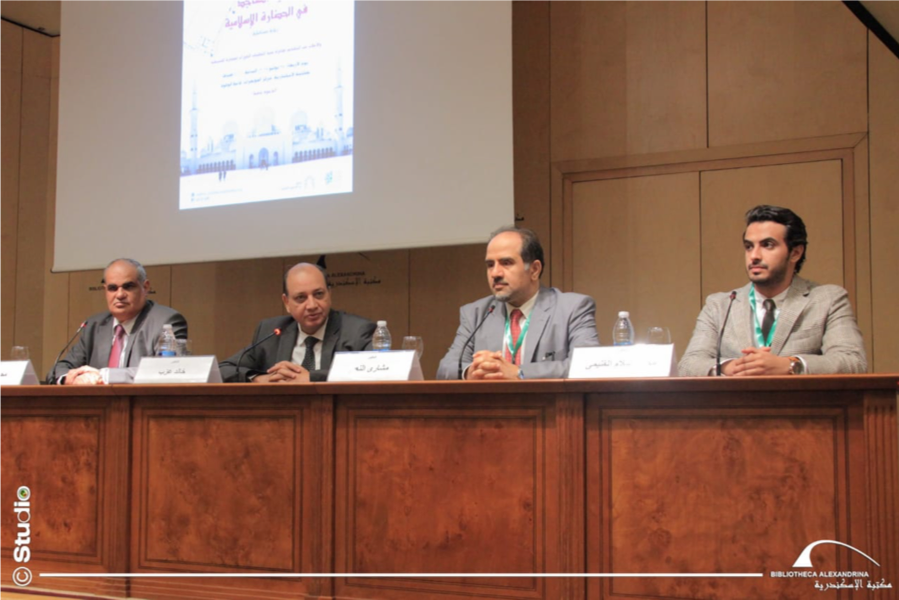 Exclusive for the Muslim World, A Million Dollar Reward.

In July 2018, a momentous symposium has been held by Abdullatif Al Fozan Award for Mosque Architecture in co-operation with theManuscripts Center in the Bibliotheca Alexandrina, to demonstrate the prospective vision of Mosque Architecture. It has been unanimously agreed that there is a pressing need to put the scientific and professional initiatives into action in the realm of future mosques origination.

In the finale of the event, The Secretary-General of Abdullatif Al Fozan Award for Mosque Architecture; Dr. Mashary Al Naem; has announced commencing the nomination process of the third round of the Award. Furthermore, he has asserted that the Award has been prompted, to establish a worldwide revolutionary discourse for mosque design, and encourage innovative mosque plans, designs and techniques that could determine the identity of mosques in the 21stcentury. Moreover, Al Naem has denoted that the Islamic civilization has been the cradle of architectural novelty and visual arts creativity from East to West, yet a sweeping deterioration has took over them amidst the 19thand 20thcenturies. Unfortunately, the au courant idleness has muted their influence and grandeur, despite the existence of more than three millions mosques all over the world. This has been the leading motif behind inaugurating the named Award, to revitalize the bygone supremacy of mosque architecture.

On this thread, Al Naem has underscored that the objective of the award is to cast the future mosque prospective vision. Besides, it aims at developing the architectural mentality, by scrutinizing the latest excelling performances in the discipline of Architecture. He has also assured that mosque architecture is the nucleus of architectural development in respect of its ornamentation, lines, arts…etc., declaring that this round targets the Muslim world, but will be launched all over the world. This year the award will bestow a million dollar prize money, where a recently added one goes to the most newfangled technical factors of Mosque Architecture; for instance, facilities for handicaps and electricity cost reduction technologies.

On his behalf, engineer Muhammad Al Ghonaimy has stated eligibility terms and conditions of the third round of Abdullatif Al Fozan Award for Mosque Architecture. To name a few, the nominated mosque must be of factual existence; conjointly, it should be allocated within the parameters of the Muslim world. Most importantly, it must be a real life incarnation of the 21st century regarding its modernism and optimal functionality of its urban, technical and architectural constituents. Then, he issued that the deadline of the nomination process is in September 2018, while the winners will be announced in September 2019 by an International Arbitration Committee, and the awards ceremony will be held in March 2020.

Additionally, Ghonaimy has asserted that the Award has witnessed a notable geographical expansion and intellectual accretion, since its first round has been confined to the mosques within Kingdom of Saudi Arabia, whereas the second has conducted assisting studies, arranged scientific courses and published architectural print outs.

He has pinpointed that the award is about to embark a decent sum of technical projects. Among which is an electronic interface that is expected to be the prime reference of mosque construction all over the world together with a resourceful digital library is expected to enclose all those books, magazines and articles specialized in mosque architecture.
Eventually, Al Naem has concluded that the award intends to set forth an authentic scientific journal in calibration with the Bibliotheca. The journal is devoted to observe and document the development of Mosque architecture and the progress of the training program; reviving mosque related artistry. The journal is designated, to motivate architecture and design students involving them in international Mosque Architecture competitions.

At the end, Director of the Program of Studies of Islamic Civilization at the Bibliotheca Alexandrina; Dr. Mohamed El-Gamal; has postulated that the symposium aims to discuss prospective vision concerning Mosque Architecture designs, to breach the endured stagnant norm .Thence, Mosque Architecture is to incorporate the originality of the Islamic heritage and the futurism of the modern age.