Based on the objectives of Abdullatif Al Fozan Award for Mosque Architecture, it’s the award concern to introduce future mosque architecture for new generations, throughout encouraging innovative architectural solutions to maintain better architectural design of future mosques, as well as integrating types of different new technologies within those mosques and adhering to major principles of sustainable and green architecture.

Within the proposed 3D rectangular mass, that represents the usual geometrical proportion of mosque, each student(s) should propose an architectural design for future mosque within this mass, in which contains future vision for the main architectural elements of mosque.

The Architectural Elements of a Mosque

A mosque (masjid in Arabic) is a place of worship in Islam. Although prayers can be done privately, either indoors or outdoors, nearly every community of Muslims dedicates a space or building for congregational prayer. The main architectural components of a mosque are practical in purpose and provide both continuity and a sense of tradition among Muslims worldwide.
Looking through architecture of mosques around the world, one sees a lot of variation. Building materials and design depend on the culture, heritage, and resources of each community. Yet, there are some features that nearly all mosques have in common, as described here.

A) Minaret: A minaret is a slim tower, which is a distinctive traditional feature of a mosque, though they vary in height, style, location, and number. Minarets may be square, round, or octagonal, and they are usually covered with a pointed roof. They were originally used as a high point from which to make the call to prayer (الآذان). The word derives from the Arabic word for “lighthouse.” (كذلك تسمى مأذنة، مشتقه من أذان)

B) The Dome: Many mosques have domes, particularly in the Middle East. This architectural element holds no spiritual or functional significance and is nowadays purely symbolic and aesthetic. The interior of a dome is usually highly decorated with floral, calligraphy, geometric and other patterns. The main dome of a mosque usually covers the main prayer hall of the structure, and some mosques may have secondary domes, as well.

C) The Prayer Hall: Inside, the central area for prayer is called a musalla (literally, “place for prayer”). It is deliberately left quite bare. No furniture is needed, as worshippers sit, kneel, and bow directly on the floor. There may be a few chairs or benches to assist elderly or disabled worshippers who have difficulty with mobility.
Along the walls and pillars of the prayer hall, there are usually bookshelves to hold copies of the Qur’an, wooden book stands (rihal), other religious reading material, and individual prayer rugs. Beyond this, the prayer hall is otherwise a large, open space.

D) The Mihrab: The mihrab is an ornamental, usually semi-circular indentation in the wall of the prayer hall of a mosque that marks the direction of the qiblah–the direction facing Mecca, which Muslims face during prayer. Mihrabs vary in size and color, but they are usually shaped like a doorway and decorated with mosaic tiles and calligraphy to make space stand out.

E) The Minbar: The minbar is a raised platform in the front area of a mosque prayer hall, from which sermons or speeches are given. The minbar is usually made of carved wood, stone, or brick. It includes a short staircase leading to the top platform, which is sometimes covered by a small dome.

F) The Ablutions: The Ablutions (wudu) are part of the preparation for Muslim prayer. Sometimes a space for ablutions is set aside near a restroom or washroom. Other times, there is a fountain-like structure along a wall or in a courtyard. Running water is available, often with small stools or seats to make it easier to sit down to wash the feet.

All Projects should be submitted by: 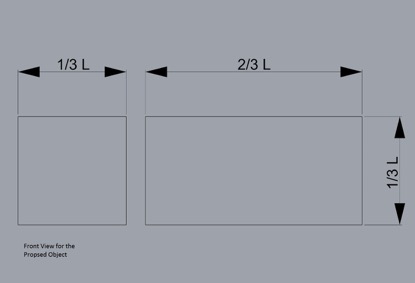 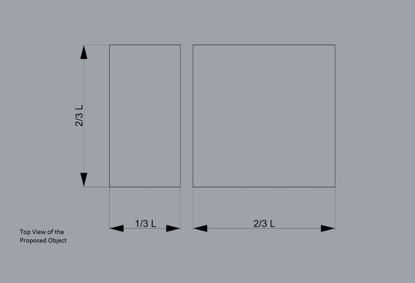