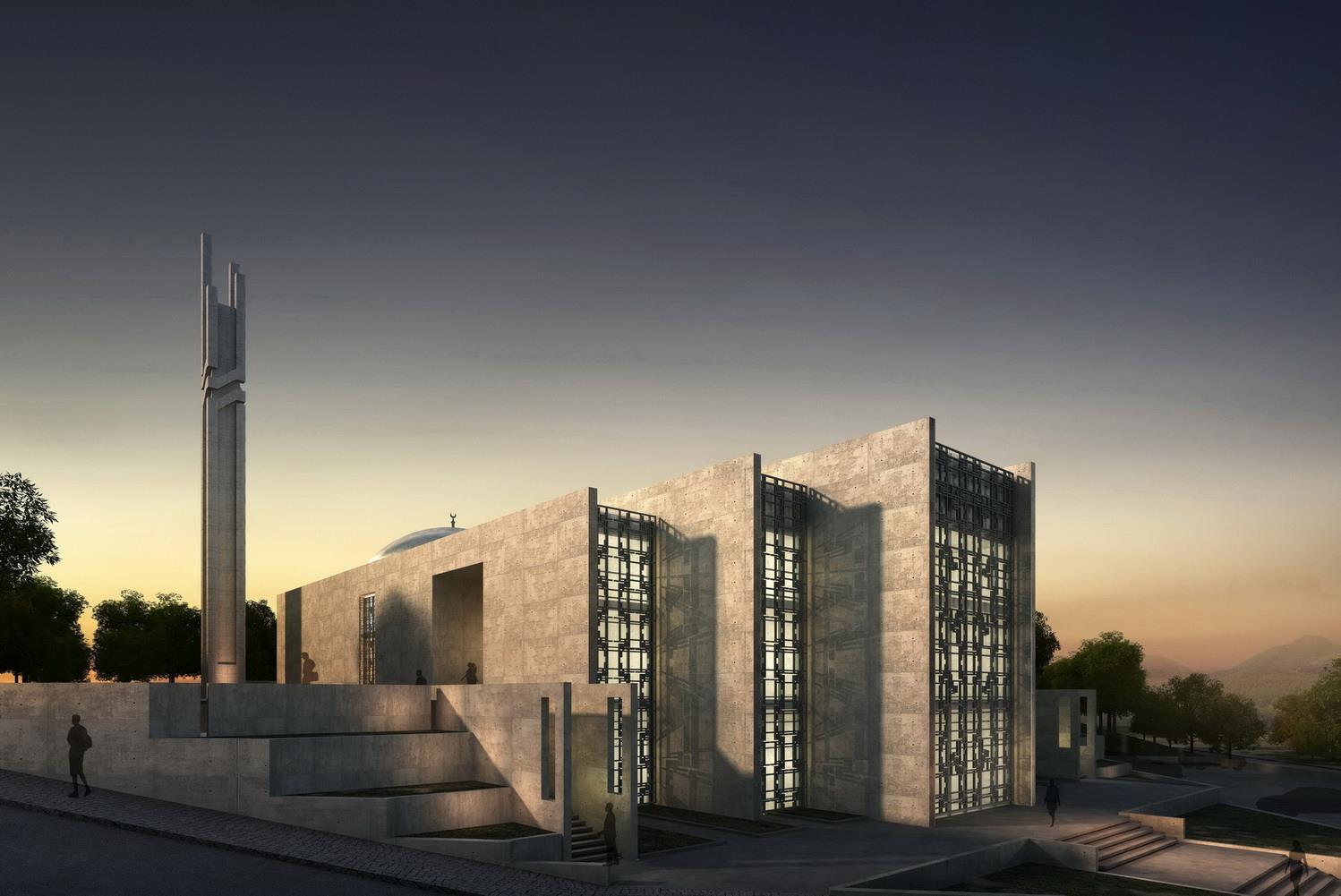 Jurisprudence is the milestone of Mosque Architecture, since it dictates the mechanisms of Mosque Form generation. The Islamic civilization has been marked for its Generative Architecture, for its compliance with legislative framework; juristic codes and social norms that rule the bilateral bond of the individuals of a named community in part, and their surrounding environment including architecture in another. There are loud and clear legislative stipulations in Islamic jurisprudence that are regarded; as the core of Islamic Sharia. This article elucidates the influence of this framework on the generation of Mosque Forms and Architecture in general. This framework stereotypes the “obligatory” and “forbidden” practices in Islam, where both are cited in agreed upon interpretations of verses in the Holy Quran and sayings of the Prophet (PBUH). Both are eternally constant factors that are not liable to temporal or spatial variation. By contrast, there are other three juristic mechanisms, which have paved the way for generating variable Mosque Forms. These are categorized as; “Recommended”; abiding by an authentic Sunnah practice, “”Neutral” and “Disapproved”. In general, Islam fosters neutrality, to encourage creativity and innovation; as long as it does not breach any of the divine verses or sayings.

Furthermore, there are other mechanisms that represent the variable factors within this framework, which are literally; “offensively disapproved” and “indifferently discouraged”.

However, the role of social norms and conventions must be underlined, for their Mosque Architecture philosophy. This philosophy unveils the reasons of Mosque Architecture development throughout the reign of the Islamic civilization. Yet, these factors are quite ambiguous, since they vary from a spatiotemporal context to another. Therefore, the sovereignty of these factors are not valid; as they embody those mortal costumes and traditions in a named spatiotemporal context. At the end of the day, these Mosque Forms intertwine with the legislative framework of Islamic jurisprudence, to be “obligatory” and “forbidden” stereotyping authority, and differentiate between the “recommended” and the “disapproved”. Hence norms and conventions had been a social power, to justify the Islamic legislative framework.

The named framework deciphers the mystery of the contemporary Mosque Architecture. Mosques in their essence do not need a building, yet these buildings have been gradually driven from the recommended zone of simple and modest constructions to their recent unfavorable monumental and symbolic manifestations, especially during the Ottoman Caliphate. Even Mongolians did not go for this extravagant symbolism, for mosques have been simple constructions attached to those slightly elevated shrines on stone plain overcoat; as in Taj Mahal and Humayun in India. The shrine lofts the surrounding space facing the backyard of the mosque; as Kiblah could not be directed to the adjacent shrine. There have been many attempts to signify mosques; as monumental constructions, despite the cultural and juristic obstacles that do not label it as recommended yet not forbidden.

This legislative framework has created a mindful controversy among the recommended, disapproved and forbidden forms. This controversy has motivated the development of arts throughout the successive eras of Islamic civilization. For instance, abandoning those spirited portrayals, and getting them substituted by abstract geometrical forms across those countries converted to Islam. This does not imply the former’s decease; as some exceptions have survived the era of Islamic civilization; Patio de los leones in Al Hamra is a vivid example of these immortalized spirited portrayals. These adjustments have occurred in some countries, yet disapproved in others; for example, domed mosques have not been innovated in the Arabian Peninsula but after declaring it as an Ottoman state, which explicates the witnessed Mosque Form varieties.

Surprisingly, minarets were not a constituent of Mosque Forms, but born and developed to be an essential visually symbolic tool representing the identity of its spatial context and era. All of these additives have been within the recommended zone, yet somehow disapproved for its extravagancy but never forbidden. Mosque Architecture has never trespassed the limits of the recommended, in spite of reaching its utmost peak. This has resulted in the luxurious variety of Mosque Forms in the time being. The legislative framework could be employed as an expository analytical tool of Mosque Form development, rather than being confined to its authoritative role. In my own perspective, I believe that there is high aptitude to develop an intellectual and philosophical ideology inspired from the glorious Islamic civilization, to generate contemporary Mosque Forms, but never reaching the forbidden within the legislative framework.