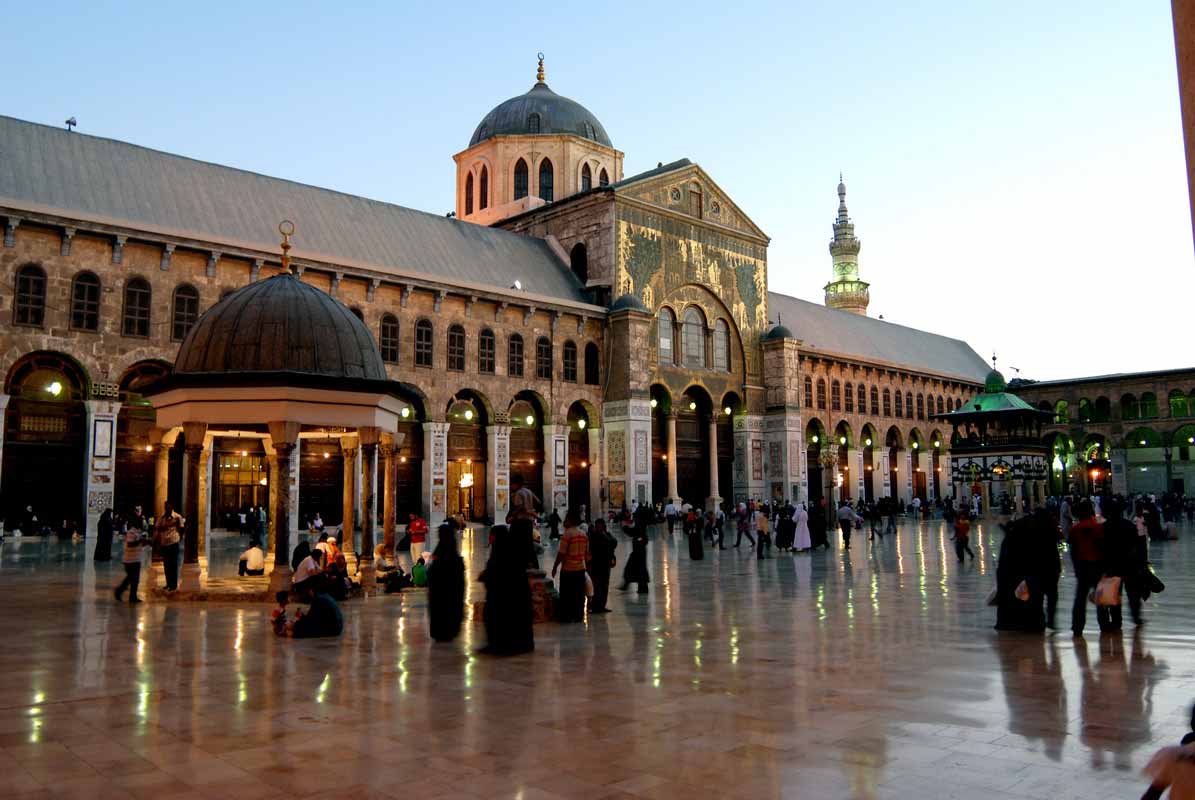 This article refers to the Moroccan thinker Mohammed Abed Al Jabri’s Volume” Critique de la Raison Arabe”. This book postulates a vivid review of the grounds on which the Arab mindset has been founded and developed throughout the late 14 centuries, representing the era of the Islamic civilization. The acquisition of the ideological fabrication and fructification methodologies during the named era has been fundamental, to contemplate the development of Mosque Architecture right there. Besides, this step is expected to unveil the mystery of that developmental stagnation of Mosque Form, for it has been void of any illustrious attribute during that era. The Umayyad Caliphate had been credited for its inspiring qualitative leap in the renovation of Mosque Identity, yet it had been rapidly trapped in the cage of redundant emulation and limited deductions.

In the beginning, I would like to demonstrate the four concepts, determining the signifying criteria of the ideological fructification in the Islamic civilization; deduction, emulation, reason and tradition. Emulation extremely abides by the predecessors’ (righteous forefathers) ideological legacy; interpretation of verses, tangible productions and actualized forms. This school sanctifies the mental simulation of the forms, corpus text and its interpretation; as their book and bible. Thus, it condemns any juristic deductions, and conforms to the earliest interpretation of texts for successive generations. On the contrary, deduction is functionalized in accordance with the spatial and temporal context.

This school paves the way for the reinterpretation of textual verses, and production of compatible forms with the survived life conditions and available technicalities of each reign. Actually, the history of Mosque Architecture reveals the dominance of the school of tradition and emulation, meanwhile deduction has been doomed to subordination till the end of the 18th century.

Therein, any discretionary attempt seeking renovation must be thoroughly studied and cognized, to untie the forcefully sacred knot between Mosque Architecture in part and the emulation adaptation of tradition in the other, ripping the latter off their undeserved sovereignty. Logically speaking, the sovereignty of the hopefully dethroned school has ended up in a series of temporally reluctant and redundant Mosque Form, thanks to the mutation of any deductive individual participation.

Deduction is that innate aptitude to spread creativity and novelty within a community. Unfortunately, Mosque Architecture has been dominated by that constant historic visualization stipulated by the school of tradition, where mosques are to earn their spiritual sanctity from their constituent historic architectural elements. On this thread, the perception of spiritual inclination has been misconceived with that of materialistic visualization. Consequently, it has been crucial to detach the sense of submissiveness and spirituality from the substance of architectural techniques of mosque construction, but only from a probability perspective.

Thus, Mosque Architecture has been lamentably detained in the bastille of traditional emulation, yet this prison has been slightly quaked during the last two centuries. The question is” Has this individual deduction phase started to make an appearance for Mosque Form innovations to be realized? , and if it is affirmed, to what extent would it deviate from its historic traditional ancestor? It is crystal clear that boredom has shaken the grounds of tradition that is held responsible for the historical myth of traditional Mosque Architecture throughout the last two centuries.

This boredom resulted in heterogeneous Mosque Forms and no interweaving ones with their surrounding environment, unlike their rhythmic historic repetitive equivalents. This unbalance has been detected in the sheer desolation of mosques from their environment in visual and spatial respects. Therefore, it has been urgent to counter this epidemic phenomenon, and come up with an epistemological Mosque Form, which copes with the architectural techniques of the contemporary age, and generate a Futuristic Mosque Architecture, to flee its historic profiling, yet conform to the grandeur of its historical originality roots.

The adapted methodology in redressing Mosque Architecture in the light of these newfangled perceptions should be investigated. Furthermore, the outline of the contemporary practitioner’s coursework must be delineated, to achieve the awaited fruition of the deduction approach. Henceforward, it would be feasible to manipulate the contemporary techniques beforehand, to realize contemporary age incarnations of Mosque Forms. Eventually, the conception of Mosque Form would be set free from its historical heritage, which has created hybrid and heterogeneous forms. These revolutionary forms would be far from the definite criteria of Mosque Identity. Yet it would cling to its original roots, but in different realizations and forms, which are far from the preserved mental image profiling in the general commonsense.