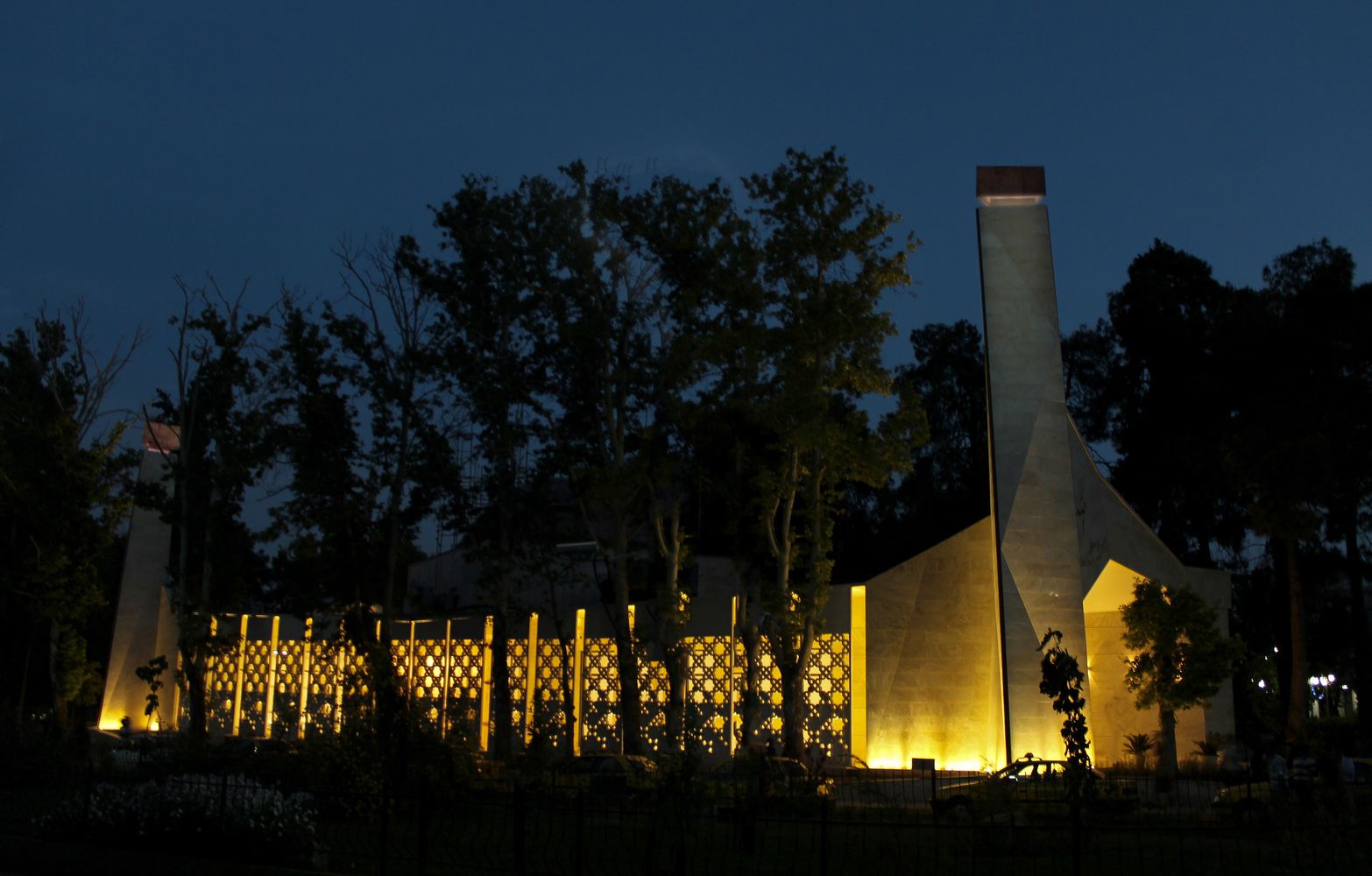 Mosque Identity from Edifice to Significance

The recent perception of Mosque Identity has sparked cultural controversy. The issue has been under fierce debate, where one party is bound and determined that mosques must secure its definitive identity. By contrast, other party believes that mosques in their containment and inclusiveness do bestow their homing context with its distinctive identity. The cultural and architectural discrepancies between the identities of the named edifice to its symbolic significance have launched the concurrent ideological dispute in the realm of Mosque Architecture, for it has been the bone of contention of the 21st century architecture . On the one side, some conservatives are firmly persistent that Mosque Identity lies in its inherent pattern, which reflects its era, country and available technicalities therein; as witnessed throughout the bygone Islamic reigns. Moreover, this pattern has been accredited for its “sentimental captivation” not only out of its aesthetic glamour, but also its participant intellective historic grandeur. Since mosques have constantly safeguarded its inviolability; reverend by Kings and respected by conquerors. Thus, its edifice has been a substantial incarnation of its building era.

On the other side, the modernist school pays no tribute to the edifice but rather the significance of the mosque in terms of its identity. Therefore, it subordinates the interweaving of the visual pattern of the mosque with the historical background of its place. Yet, it highly regards the climatic and ecological influences that deeply affect the general visualization of the enclosed mosque within. This school favors generalization, drawing back to the non-materialistic originality of mosque construction. The mentioned originality has been conforming to spatial direction and regulation, which denies the entire summation of the referential historic mosque formations, which are set, to determine the framework of the future Mosque Architecture. However, it does not frown upon its historic value; as a provincial embodiment of Mosque Architecture during each respective epoch, but rather dethrones its referential supremacy; as a futuristic mosque identity signifier, for it fails beyond fulfilling the normative eligibility criteria needed for this performance.

Hereby, I do demonstrate the authenticated four mosque identity typologies. The first is entitled Normative Identity. It implicates the sovereign common sense perception concerning the historic conventional identity of mosques, which could not be attained but after reviving their historical formation. Consequently, any modernist attempt to breach this norm is labelled as heritage infringement. That is why embarking this myth-challenging course of action, requires a comprehensive investigation in consideration of the grounds on which those formations have been rooted in the humane cognizance. The second is termed Relativistic Identity. It is a dynamic train of thought that refrains from cloning the historic formations, and believes in the necessity of innovating revolutionary alternatives, to cope with the contemporary age. This recalls the aforementioned Parallel Heritage hypothesis, which has been elucidated in the previous articles. Still, separate articles will be issued, to delineate the novice speculation. The third is called Identity Within. It only focuses on the limitations of mosques, to be verified as prayer halls regardless to others’ perspectives concerning it. The fourth is named Identity Off. It is conscious of what others define as a mosque. Each typology highlights certain aspects in relation to Mosque Identity. Each will be scrutinized thoroughly in the upcoming articles.

Honestly, I would like to divert the attention regarding Mosque Identity to another stage, which detects the interplay among the four typologies and their resultant influence on the Futuristic Mosque Architecture.

Studying the four typologies would release an expository study, resulting in total awareness of the status of the current Mosque Architecture; as well as; the multifarious adaptations of architects all over the world. The first typology denotes the normative and historically acknowledged considerations within the parameters of a certain mosque; dome, minbar, mïhrab, courtyard, minaret and other furnishings of historical traces. In this case, mosques are not only recognized in terms of their functionality; as prayer halls, but also in respect to their aesthetic visualization. As for the second, it addresses the normative identity of mosques in off-context terms. The perspective of people within and outside the Islamic community regarding the historic Mosque Architecture are taken in consideration. Furthermore, it focuses on their own definitive perception of a mosque. No question these perceptions are the fruit of the long left legacy of Mosque Architecture. The third is Relativistic Identity Within that proves the non-divinity of the interior historic elements; as they have been added and ameliorated in accordance with the former cognitive experiences, economic status and technical circumstances of each epoch. Hence, these formations are void of any referential authority, to signify the identity of the mosque interior elements. The fourth is the Relativistic identity Off. This is a dynamic typology that varies throughout history. It underlines the out of the box perception of mosques and its futuristic visualization all over the world.

Mosque Identity to Parallel Heritage hypothesis has deduced that Relativistic Identity Off and Within is a vivid actualization of the theory. Yet, this theory is pending some explanation. The question lies in that abidance extent with those Mosque Identity signifying originality regulations and the selected adaptation methodologies to put them into action. Besides, it investigates their adequate manipulation techniques to reflect the contemporary modern age, yet sustain the definitive identity of mosques. This is the challenge that lies before the innovative attempts to set the stakes of the Futuristic Mosque Architecture.