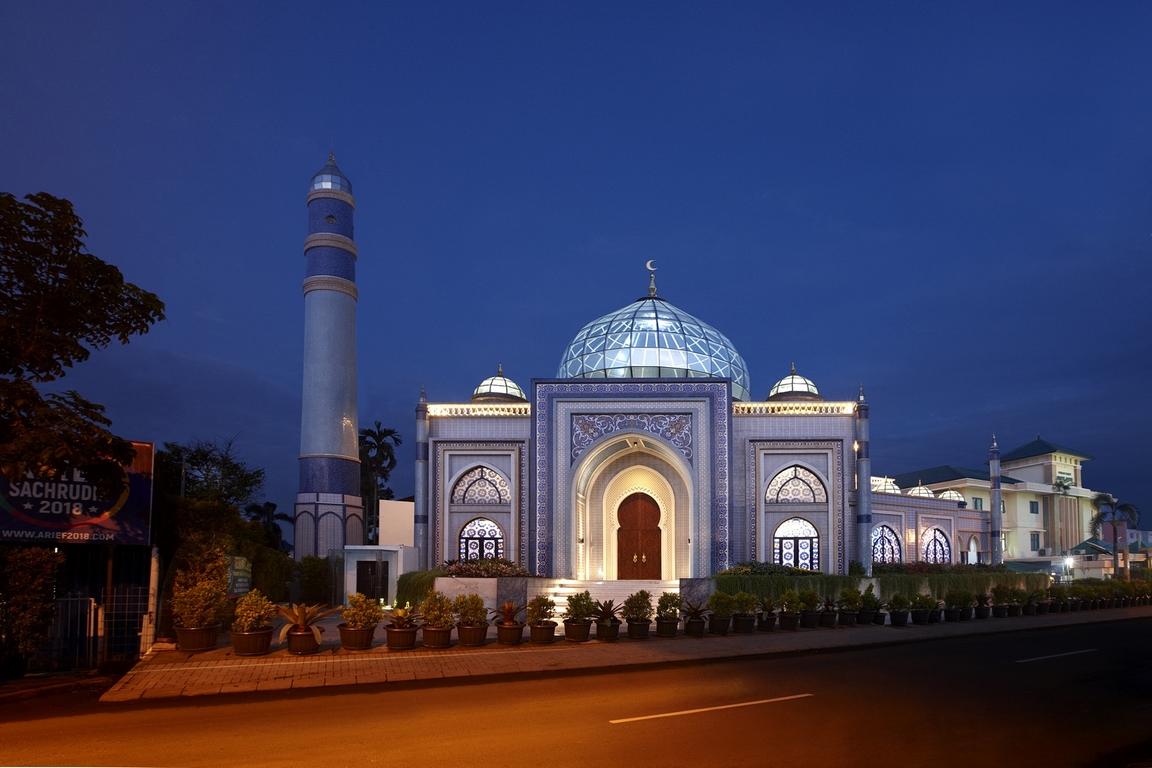 The conception of Mosque Architecture is of a trilateral controversy. First, mosques are of cultural and functional worth. They are part and parcel of Muslims’ daily life, for they are visited five times a day. Thus, mosques could not be regarded; as mere houses of worship, but educational, cultural and social institutes. These are the grounds of their validity, and multiplication till the time being. Second, the named field did not witness any developmental progression throughout the late two centuries. Consequently, mosques have failed beyond conforming to the aforementioned societal role. Third, there is an innate rejection to any attempt of Mosque Form innovation, due to paying tribute to the claimed sanctity of their historic counterparts; cloning their negative and positive attributes of their lagging profile. These stagnant misconceptions incarnate an ideological juxtaposition, which necessitates adopting professional initiatives and intellectual reformation, to adjust the speculation of Mosque Form all over the world. Proportionately, the conquering prevalence of mosques all over the globe in part, and the negligence towards their construction in the other, had burst in the controversy of Contemporary Mosque Architecture.

The panel has been far from being simple to designate; for this round only encompasses the Islamic World, where most of these countries lack any architectural proficiency to meet the set criteria. Hence, nominating any of them to the Award would be hardly acceptable. Adding insult to injury, Muslim countries across West, Middle Africa and Middle Asia suffer from sheer infrastructure truancy, impairing any architectural authentication. As a result, it has been an imperative urgency, to build a comprehensive database for mosques around the world, to be capable of nominating architecturally presentable ones for the next rounds. Admittedly, Arab countries; such as Egypt, Libya, Tunisia, Morocco, Mauritania, Horn of Africa countries (Somalia, Djibouti and Eritrea), as well as the Arab countries in Asia, especially Iraq, Syria and Palestine, face a serious deterioration. They have been devastatingly detached from the idea of Futuristic Mosque Architecture, despite being a supposedly chief interest of their cultural identity and social life.

Eventually, in the upcoming weeks, a series of critique articles will be published. These are to tackle the criteria panel. These criteria are to be applied on the candidate mosques in general, and each country in terms of its Mosque Architecture technical characteristics in specific. A comparative architectural study will be carried out, to compare and contrast Mosque Architecture methodologies across the Muslim countries during the last two decades. It will also provide an overview of the general architectural stance in these countries. The target is to recognize the influence of the diagnostic coursework on perception , when employed in mosque productive societies.