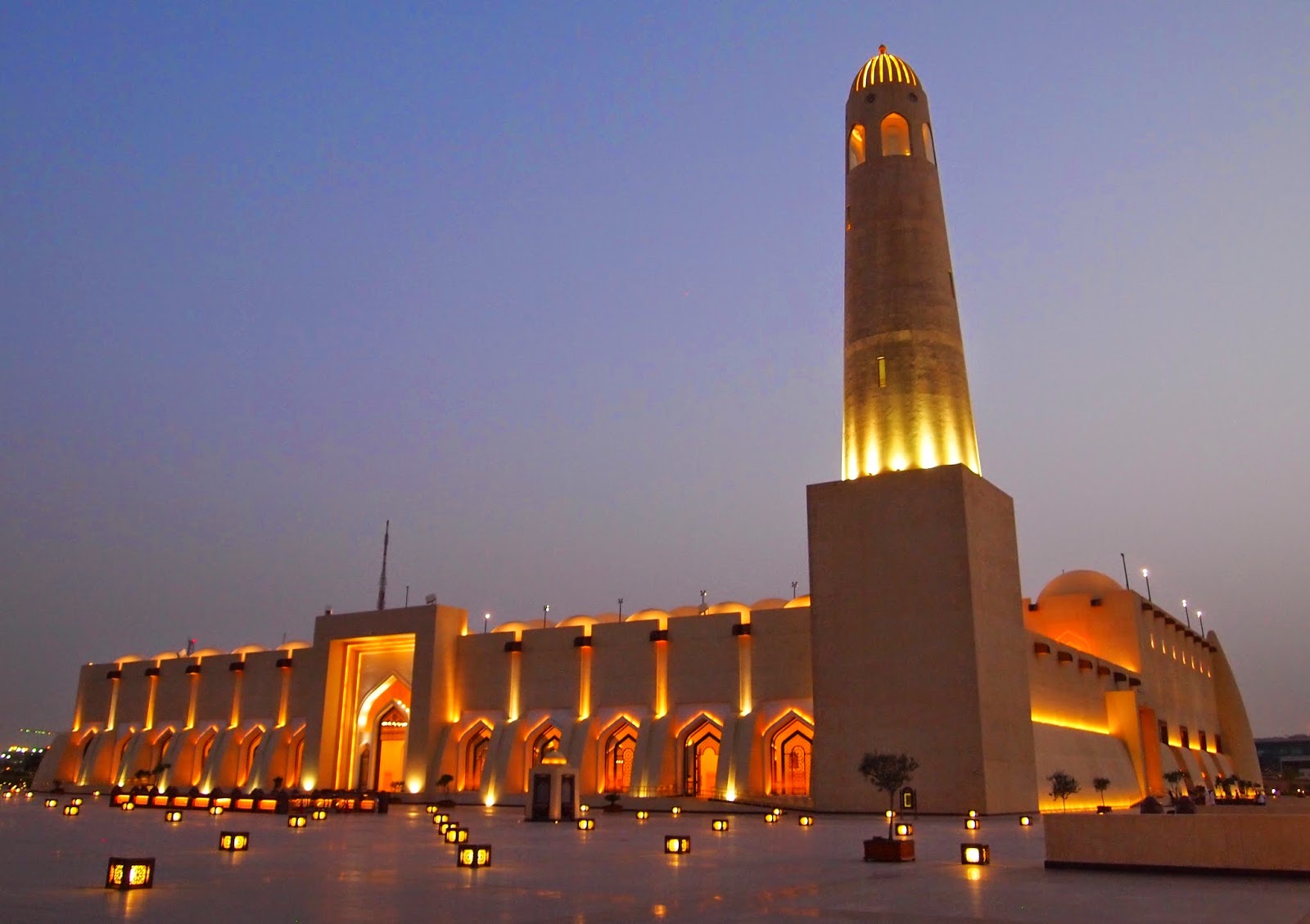 Unto Allah Belong The East And The West

Unto Allah belong the East and the West, and whithersoever ye turn, there is Allah’s Countenance. Lo! Allah is All-Embracing, All-Knowing.  (Al-Baqara : 15). This verse particularly brings many ideas about mosques architecture. Although, Unto Allah belong the East and the West, which refers to unlimited space of directing to Allah and prayer, Mosque is basically meant by direction, where all prayers are directed to Kaaba, including those who are inside the Holy mosque of Mecca, and we indicate that because direction related to positioning towards one place and not to one direction. Hence, Mosques doesn’t have east, west, north or south or any direction that has specific privacy, but the place who has privacy and scared as prayer is directed to it.

Between direction and wideness, the idea of mosque architecture is located, in which includes specific material features without any doubts, where the important of which is specifying prayers rows, the specification that identify the place and reflects its dynamism. Accordingly, mosque’s direction is generally affecting the urban neighborhood and make it more flexible and diverse. If the mosque consists of building or specify the open zone shape especially at time of prayers existence during prayer time. In fact, mosque identity is determined by this important element. Personally, I think that other elements related to the mosque after that aren’t considered as basic elements that can make us identify the mosque through them. This arises some argument but I will try in this article to raise up the idea, that is in any way will be able to discussed.

This matter is important for us in identifying (Future Mosque) as its seems that we should retrieve back the birth of mosque’s architecture, and to understand the way by which the current forms of mosque and the reason it took this form, with the importance of the taking in consideration  idea of wideness and exceeding the walls, that make the limited enclosure of mosque building but not the broad mosque, because the architectural form that was shaped in minds of people is the architecture of (Prayer Hall) not mosques’ broad boarders that are originally open and unlimited after Imam position.

This makes me refer to original forms of mosque and search for relation between the form and the function that is deeply related in mosque architecture. All of us knows that prophet’s mosque is only had  a ceiling and walls and doesn’t have any identified  elements that we currently see in the architecture of mosques. As those currently seen elements were gradually introduced due to functional need such as minaret or been influenced by other civilization’s architecture such as dome. The idea of a completed closed hall been developed as a result of weather factors and the need for maintaining a secured and closed prayer space to protect prayers from different climate conditions.

Here I can confirm that all forms that we have in minds about the architecture of mosques have no origins outside the functional need, but these forms may be developed and became forms related to peoples accumulated memory and transferred to symbols more than forms that has functions such as minaret and Mihrab, however, those forms are more symbolic but not legitimate. What I think is that although there are no forms that may be necessary for identifying the mosque but in necessary they are specifying the architecture of the mosque. I noticed that in Ghar Heraa Mosque in Istanbul, the only identifying element to the underground mosque is the minaret but it is open to extended topographic zone. Prayer hall is specifying the beginning of the mosque but mosque hall is widened deeply to include the whole open place. I think that this feature in the architecture of the mosque is source of its power and basic start of its philosophy.

We need to return to the great legacy of the mosque architecture and understand how different forms of mosques have been developed, and how it responded to geography and local technology. Hence, during our revision, we shall put the philosophy of wideness and light borders, on which conception of prayers is based, as reference that represents real architecture of mosques and not those heavy forms that transferred the mosques to repeated versions free of any creativity. In the next articles, we will highlight in details some of elements that has philosophical roots related to the concept of universal place of the mosques that is the aim of future mosque.