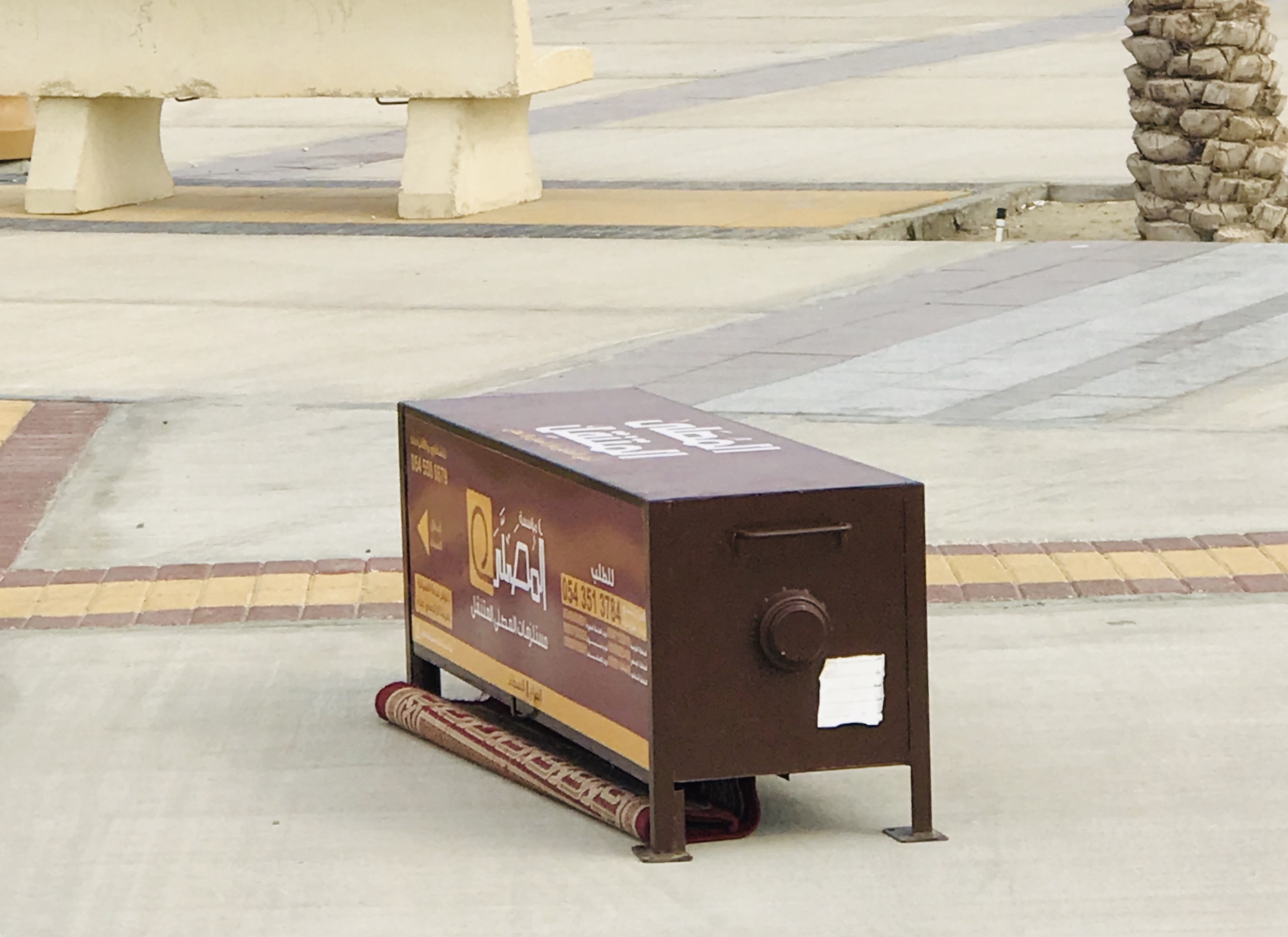 This Article is not a scientific article, but a reflection of the meditation and observation of the concurrent scene. Yet, it is a continuum of the mosques and Utopian spaces concerned articles. Utopian spaces are always related to humans and their spontaneous needs. In other words, a named space is considered to be a Utopian space, when it meets the peoples’ need and satisfy their desires.

The scene began when a guy pulled a carpet rolled inside a box labelled as such” The Mobile Mosque”. Few seconds later, the dusty pavement turned into a prayer hall. This scene represented the absolute abstract of the space and place theory. The carpet was not of holy function; for if it had been replaced by another item, nothing would change. Thus, the moment when the guy pulled the carpet to pray, that outdoor space turned into a Utopian space, because it was converted a designed space to serve certain purposes to another. This had a very spontaneous function coming from the user’s innate free will.

Although this idea is not new, since prayers had been typically performed that way in the desert and at homes. However, the expression “Mobile Mosque” was not in use. Using this expression gives the green light, to research and integrate it as an acknowledged mosque category.

Moreover, it opens the door for researchers and architects, to develop and innovate this idea in the field of Mosque Architecture. Based on my research, I found out that the idea was used in the beginning in spacious vans, where people were used to pray in. Then the idea was developed to become just a carpet rolled in a box. The idea is particularly amazing that a worshiper was to be a spontaneous architect during that Utopian moment. He redesigned the space to be used; as a prayer hall, which had changed its form from a space to a place.

Therefore, Mosque Architecture and Utopian Architecture intersect in the moment when space, function, and time are combined together to form the place. In the last decade, the rhythm of life had been incomparably rapid. Consequently rapid procedures had been urgent, to cope with that racing acceleration. Mobility had been a necessity; as in inventions like portable houses, portable restaurants, cellphones, etc. Inventions are “mobility” oriented, hence, Mobile Mosque. The idea is still raw in nature; thus, I wonder how this idea could be developed in the future along with this technological revolution? The prayer hall could be digitized; as it had been mentioned by Dr. Hani Alhuneidi in his lecture “The Future Mosque”. It could expand and shrink depends on the number of worshipers. Nevertheless, using VR technology, mosques might turn to be mere virtual mosques. We even might dispense architects in mosque architecture.

In Conclusion, the world is going toward life mobilizing and digitalizing, which affected everything around us. This change had included mosques, which creates a revolution in mosque architecture theories. More is yet to come. Worshipers became in a way or other architects by their own free will. Are we going to witness ourselves praying in digital mosques? God knows!