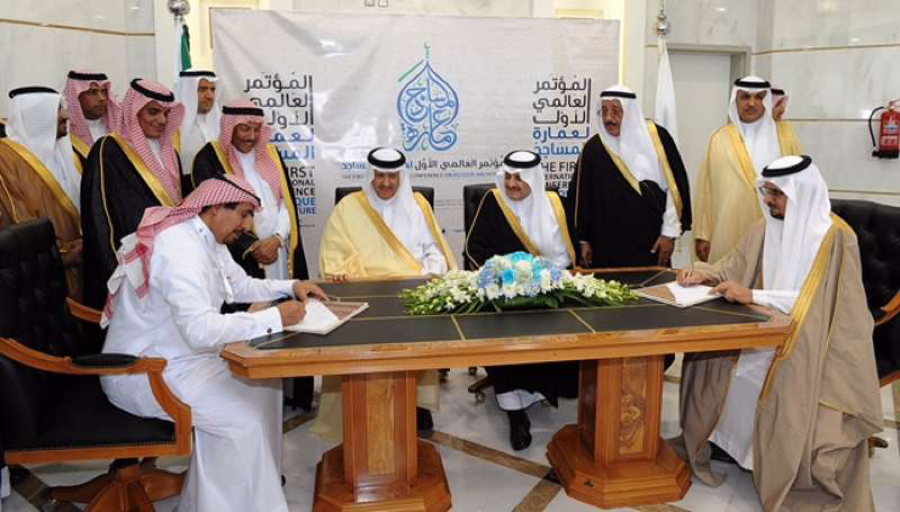 The First International Conference on Mosques Architecture has been concluded. The conference has been held in co-operation with Abullatif Al Fozan Award for Mosque Architecture. It has lasted from 5thto 7thDecember 2016 in the headquarters of Imam Abdulrahman Bin Faisal University (former University of Dammam) under the patronage of His Royal HighnessPrince Saud bin Nayef bin Abdulaziz Al Saud, Governor, Eastern Province, and the presence of His Royal Highness Prince Sultan bin Salman bin Abdul Aziz, President for Saudi Commission for Tourism and National Heritage (SCTH); The Chairman of the Board of Trustees of the Award; may Allah protect them.

The conference has included a speech by Prince Sultan bin Salman, followed by successive sessions and architectural debates, regarding the Sustainability concepts of Mosque Architecture Development.

In his word,Prince Saud bin Nayef has paid tribute to the opening of the conference, welcoming its participants from the Kingdom of Saudi Arabia and abroad. He has stressed that  the Kingdom has been always committed to the development of Mosque Architecture, since its establishment at the hand of King Abdulaziz bin Abdulrahman( Mercy be upon him); by virtue of the teachings of Islam. Islamic faith exhorts its believers, to be solicitous that mosques are the nuclei of the Islamic civilization and regulations schools within their respective communities.

As pointed by Abdullatif Al Fozan, the conference has been the fruition of the Award and co-operation withImam Abdulrahman Bin Faisal University; represented in College of Architecture and Planning, where both aim at serving the good of mosques. This scientific demonstration is but to simulate the architectural mosque designs.

Eventually, Dr. Abdullah Al-Rubaish;Director of Imam Abdulrahman Al Faisal University; has welcomed Their Highness Prince Saud bin Nayef bin Abdulaziz Al Saud and Prince Sultan bin Salman bin Abdul Aziz, assuring that their honoring attendance  asserts the worth of the conference in the realm of Mosque Architecture. The conference has been attended by various Sheikhdoms, Their Eminence, and a collective of Mosque Architecture specialists.