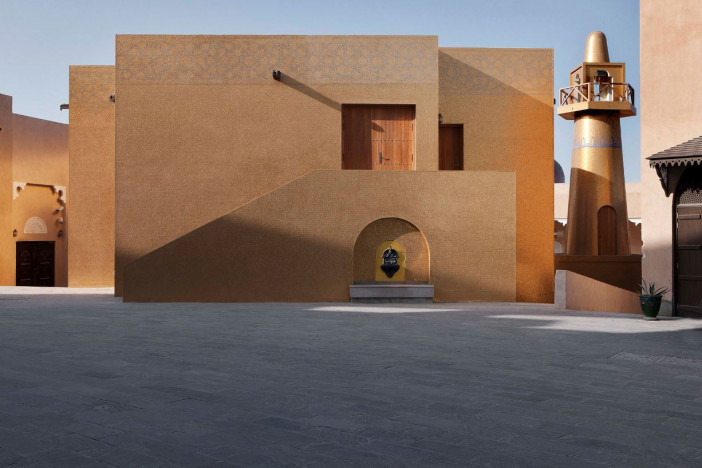 In the three-day Arab Architects Award Festival held In Beirut by the Federation of Lebanese Engineers on the 25th ,26th and 27th November 2018, Mosque Architecture is to be debated as an urging controversial issue in the contemporary Arab ideology. Despite being a turnaround in the architectural visual and aesthetic identity throughout the Islamic civilization, Mosque Architecture recently challenges a critical discrepancy, due to the sheer truancy of frame of references regarding those concepts on which the Islamic Architecture has been articulated. Consequently, the resultant architectural realization has lost its identity, and got deviated from its rooted origins. The lamentable consequence is visible across the vastness of the Arab and Islamic countries. These origins could be retrieved by reviving the concept of Mosque Architecture in terms of its functional and legislative determinants. It is worth-mentioning that Man is the master of each architectural axis on the entire globe, since he is the creator of each architectural entity right there. Thus, the typical origin of Mosque Architecture conception is to ideally satisfy its respective humanitarian functions; just like any other architectural construction. Assuredly, this conception would never infringe the special case of Mosque Architecture for its biologically functional determinants; likewise, its philosophically legislative and juristic stipulations, which command the final visualization of the Mosque Form.

Therefore, Mosque Architecture is dually ruled by two determinants; first of which is the adaptability limitation. It infers the contextual variable factors of Mosque Form; area of the whole mosque, space of the prayer hall and the constituents of each mosque. For instance, a small mosque for performing the daily prayers is by virtue different from the central mosque of a district, for the latter’s enriched public utilities. Moreover, there are those Juma’a grand mosques and central ones. In spite of their distinctive realizations, all of them are descendants of the same origin; The Prophet Mosque in Medina. Adaptability is a poignant visual factor in Mosque Architecture for it has been apt to release a wide variety of visual and spatial contrasts of Mosque Architecture. These contrasts can be even allocated within typical parameters. For example, on the one hand, the lane mosques allocated in the Uzbekistani Bukhara city range from 8×8 m2 to 10×10 m2. Meanwhile, they amount from 12 to 18 m height supported by two colonnades attached to the prayer hall on each side. Furthermore, the mosque courtyard is surrounded by a fence, where its gate encloses the utilities of the mosque. Lane mosques are void of minarets, but huge domes instead, where the latter are not interiorly column-supported.

On the other hand, Najd lane mosques are ultimately disparate from those of Bukhara. Najd lane mosques are distinguished by their mono or dual column-supported prayer hall ceiling, opened to a fenced courtyard, consisting of a staircase leading to the mentioned roof. This roof is considered to be a summer prayer hall. On the contrary to Bukhara lane mosques, Najd lane mosques are marked for their cylindrical and squared minarets. In addition, there is a hermitage in the cellar; as an alternative prayer hall in winter. Sometimes, it is located by the yard. Functionally speaking, both mosques perform their role efficiently. However, the case is somehow different architecture-wise, out of the extensive display of the recommended “deduction” in the realm of Mosque Architecture. This point can be elucidated by surveying those areas of Mosque Architecture heritage, which could demonstrate the successive adjustments of mosques throughout their history, which proves that Mosque Architecture are adaptable to embrace all sorts of creativity and innovation.

The second determinant is legislative. As aforementioned in the previous article, it is agreed that this determinant must be there, to impose some limits that deduction is not allowed to surpass. These limitations are not stipulated to obstruct the route towards creativity and innovation, but discipline them. They are either general or specific limitations. As for the general limitations, they are only enforced, when creativity levels approaches the Forbidden (Haram) zone in the Islamic jurisprudence. It is acknowledged that Islam disapproves mosques ornamental decorations, yet it does not forbid them. Henceforth, the idea of adaptability has been explicated in both of the illustrated mosques. On the one side, the walls of Bukhara lane mosques are hardly seen, since they have been covered up in excessive ornaments mounting up to its highly elevated domes. On the other side, Najd lane mosques are bare-walled; furthermore, they are not veiled by those luxurious Uzbekistani domes. Although both are not of mutual Form, yet they perform the same Function. Precisely, these determinants underline the Obligatory and Forbidden aspects in Islam, and encourage the Recommended ones, to motivate creativity, innovation and deduction in the realm of Mosque Architecture. This has been gloriously witnessed throughout the successive eras of the Islamic civilization.

Eventually, these limitations are enforced, to signify the Obligatory and Forbidden zones leaving a wide interval in between for creativity and innovation to bloom. Mosques are created in a humanitarian framework in the first place. Thus, they are targeted to address Man’s spiritual needs and materialistic wants. Neither the adaptability factor nor the legislative one can achieve the awaited balance between both sides of the equation on individual basis, but the interplay between both factors is mandatory in respect of the spatio-temporal context; each reign seeks a leader and each context forms its mosques.