Moving from inside to outside and vice versa in the mosque along with the variety of prayer courtyards are considered one of the features of the mosque architecture. It is principally resulting from the fact that the mosque borders are flexible, extensive and not constrained by restrictions. It has come to my attention the idea of the mosque courtyard and why it becomes as architectural custom which extended from the early mosques till the present time. Even when the giant mosques with the central halls appeared, the courtyard remained a main element and not a complementary, bit it is a space for prayer and a place represents an extension to the closed hall of prayer, or to become a place for prayer when the qiblah wall is moving into the courtyard at the summer evenings. I can attribute the idea of developing the flexible borders of the mosque to the presence of the courtyard from the outset. It is considered a main and essential element. Because there are no fixed material elements except the Imam position, so the spatial diversity becomes a part of the architectural identity of the mosque.

In addition, this has made me to reflect on the subject of the “flexible border”. I mean the flexible border in this regard, the qiblah wall and Imam location (mihrab). The Imam location may be sometimes moved inside the specified mosque location as per the circumstances. Further, this makes the mosque as a unique functional urban phenomenon. Naturally, this phenomenon is supported by the principle “the earth has been made for me (and for my followers) a place for praying and a thing to perform purification with.” Additionally, it is a principle which makes the space an absolute flexibility as long as the main border (Imam location) has been specified and matter where there is his position inside the prayer hall or even outside it. Therefore, beyond such border, the prayer place is specified and the place becomes the functional “mosque” where prayer is permissible. However, we may need to explain somewhat the subject. Generally, the mosque is a place and as a building represents a reference and this is no disputed. But the mosque as a function is based on mihrab location and its movement inside the mosque which is a function that related to the prayer time only. In addition, such mihrab location may be changed from one prayer to another. 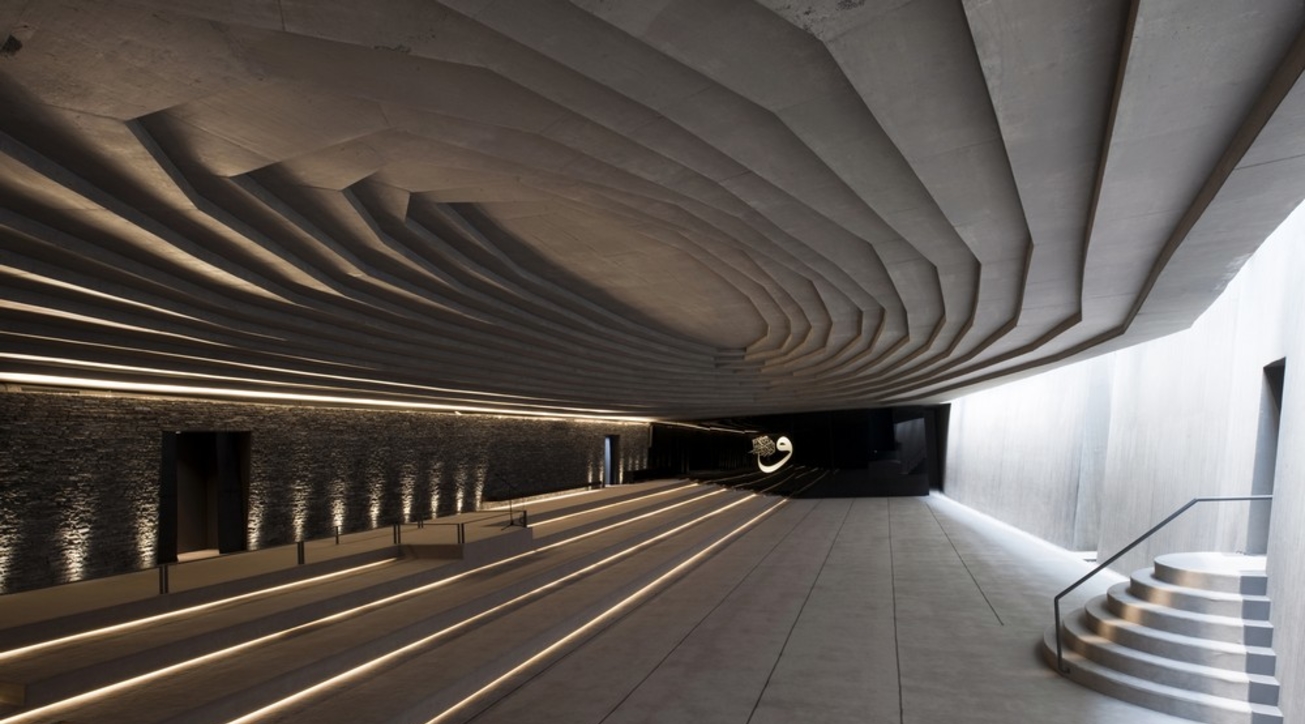 Further, I have remarkably noticed these flexible borders in Najd mosques where the ceiled prayer hall constitutes a small area only. This ceiled room is often used in afternoon and Asr prayers in the summer season and sometimes in the winter season. From one hand, the mihrab is moved into the courtyard in the summer evenings, therefore the courtyard becomes the main prayer hall. On the other hand, the mihrab is moved inside the hall during the winter season. Accordingly, this high flexibility confirms that the mosque idea is inherently unfixed in terms of the “material” aspect i.e. the idea of   place and building is not the deciding factor in the mosque architecture. Although the spatial factor is important to the district community and city community, but this does not make us forget the urban basis of the mosque which is based on the absolute spatial and architectural flexibility. I am confident that if we conducted a careful study for the multiple experiments of the mosque architecture in the different environments. Consequently, this study will provide us with many of the important ideas supporting the idea of the flexible border of the mosque.

Further, the idea of the flexible border can be considered as an important principle which differentiates the future mosque. If we think about how this principle can be reflected on our design thinking of the mosque, we may get new ideas and totally different from the spatial stagnation with which the present mosques described. So, why we could not achieve what historical simple Najd mosques did. However, some may find these mosques as primitive mosques, but they achieved a high degree of flexibility through experiment and deep interaction with users and their needs over time. Additionally, I believe that the “parallel heritage” of the mosques architecture may be formed through understanding the experiments provided by the historical heritage. The important matter here is how we can deal with such principle through a different creative manner. Moreover, this matter requires us to rethinking especially in Abdullatif Alfozan Award for Mosque Architecture. Since the objective of the award is to get out from the mental picture enriched in minds other than the mosque picture, along with building a flexible and free picture confirming that the mosque is a house of worship which expresses about the spirit of the age as the Islam religion expresses about the spirit of the age along with maintaining its principles.