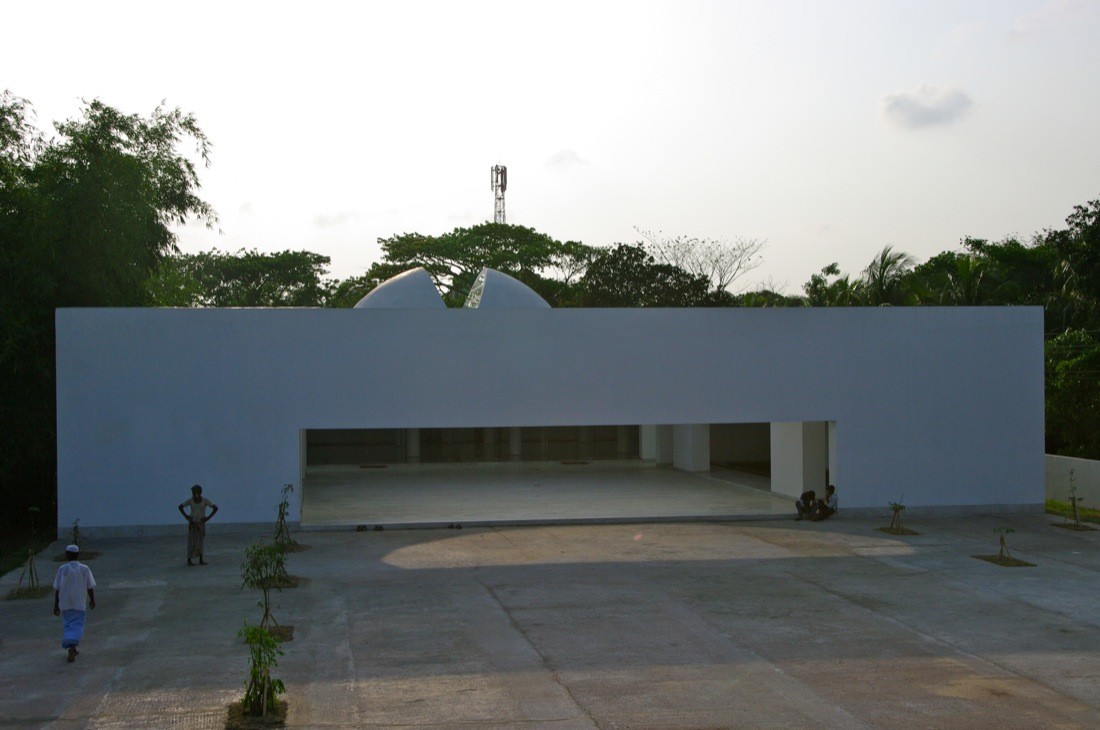 Towards a New Paradigm in Mosque Architecture

This article investigates the necessity and genuineness of the grounds on which the New Paradigm in mosque architecture has been required. Actually, the conception of architecture is historically famed for its inclination to constant progression, for each era has witnessed successive paradigm advancements driving the architectural field to technical, functional and structural epic levels. Thus, mosque architecture should never be excluded from this context. However, this is not a simplistic task, for the conservative attitude adopted in the entire sum of sanctuaries, as holy heritage symbols of norms and identity supporting this “architectural fundamentalism”. Hereby, the term implies adhering to those defining formative aspects infringing their functional counterparts. Consequently, mosques visualizations have been of mutual form, but for some minor details alternations for the late fourteen centuries. Yet, why this fundamentalist course is regarded to be of no logical grounds? Assuredly, this question does not bear the intuition of coming up with a revolutionary form for each mosque on individual basis, but to unshackle them from the standard cognitive visualization, and open them up to innovative horizons in consideration of mosque architecture, realizing urban, technical and formative development adjustments.

The New Paradigm aims at untying the Gordian knot of the recent mosque architecture, without professing future speculations. Here lies the challenge, where architects all over the world in general and Arab-Muslim world in particular should collectively anticipate, to draft a unique intellectual scheme for the future mosque architecture. Elaborately, the New Paradigm is postulated; as a sum of adjustments, entailing a revolutionary cognitive process of mosque architecture with respect to jurisprudence legislature and urban speculation of the mosque allocation in relation to the homing city and residential district. Moreover, it stipulates undertaking serious technical and scientific expertise lead by believing scientific and professional associations. Besides, it responds to the societal crave for the functional renovation of future mosques. 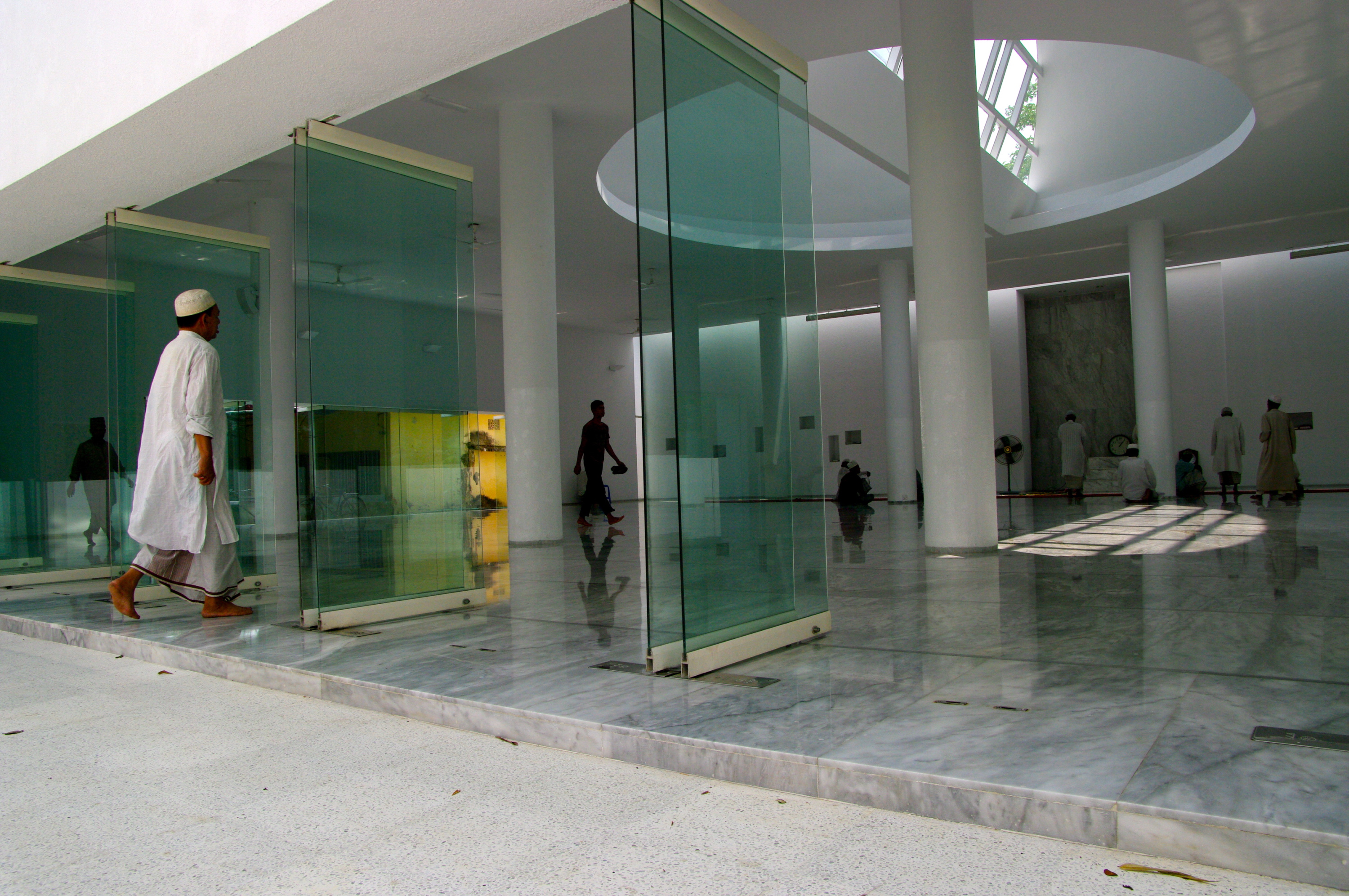 Another controversy is included within the range of this paradigm; whether it only focuses on architectural and technical constituents, or extends to embrace other basic and crucial ones. As aforementioned, the New Paradigm must address the legislative dimension of mosque architecture; a discrepancy to be sorted out in a later debate. It is a disputed issue by virtue of the invulnerable theistic prayer rituals and pillars, resulting in those enforced procedures captivating the mosque architecture visualization within the formative framework or architectural fundamentalism. The jurisprudent legislations do not dictate certain formative criteria for mosque construction; therefore, it is expected to support the adaptability granted by the New Paradigm, since it does not breach the Islamic codes of mosque construction.

No question, the New Paradigm might be a turning point considering the perception of mosque conception and architecture. This perception should influence four categories. First, decision makers, which is an umbrella term for the involved governmental associations with mosque architecture; assuring its compliance with jurisprudence legislations. Second, the tenants or the landlords, who have leased their ands voluntarily for mosque construction, turning a cold shoulder to their architecture, urban effect and visual influence, but only its vastness on the expense of its picturesque, functionality and technical quality. Henceforward, this category should not be invited to the table of future mosque architecture and its respective New Paradigm. Third, architects and designers; those must take the New Paradigm seriously, thinking out of the box rather than looking upon the mosque; as a prayer box. Last but not least, the assigned researchers and technicians are to spare no effort developing the quality mosque architecture, at the least expenditure. 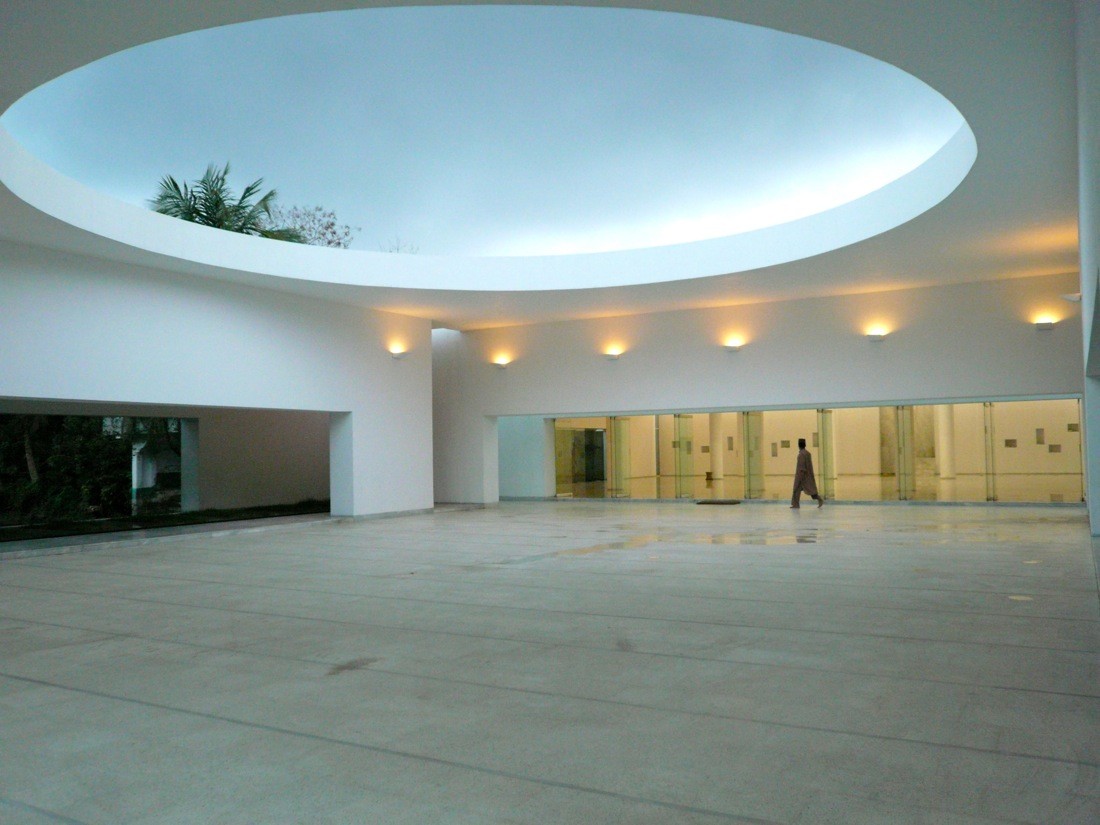 One of the motifs of the New Paradigm is ruling out the restriction of mosque architecture; as a documenting directory for the visual arts birth and maturation in the reign of Islamic civilization. It had been a long time, since those ornaments, inscriptions, geometric formations and structural engineering systems were developed, but for this symbolic construction. Mosque architectural participations have been once pioneering these arts, yet heard no more. Reviving this role is not the main motif of the paradigm, but it grants it would bring it back to life.